The 'Annie' Remake: EVERYTHING You Need To Know

'Annie' is being moved to the 21st century, but what can we expect from the Will Smith and Jay-Z produced remake?

The first trailer for the ‘Annie’ remake has finally been released and sees the classic tale given a throughly modern update. Since the film won’t be out until December that means there’s plenty of time to get up to speed on the remake of this classic tale. 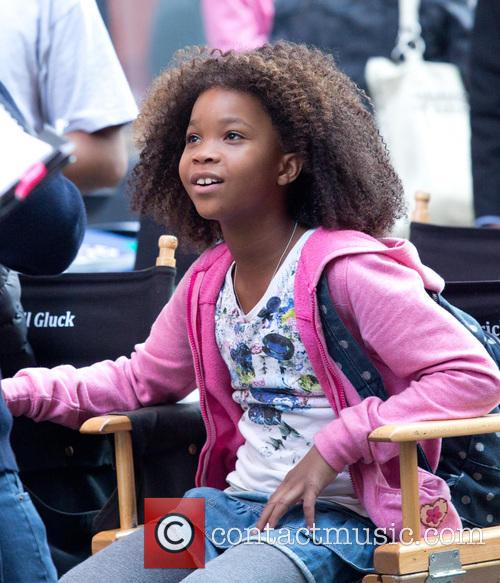 Little orphan Annie first came into public consciousness way back in 1894 as a comic strip by Harold Grey which ran in the New York Daily News. The character would have a long run and kept appearing in the comic strip right up until 2010 when it was finally cancelled. The famous redhead then got her first big screen outing in 1932 and again in 1939 but both were critically panned on release and have been mostly forgotten about. Then in 1977 came a Broadway musical based around the character, which told the story of Annie we’re most familiar with. With music by Charles Strouse and lyrics by Martin Charnin, the famous orphan became all singing and dancing on the big stage. This 'Annie' was then adapted into a film in 1982 with Aileen Quinn as the title character with Albert Finney as Daddy Warbucks and Carol Burnett as Miss Hannington. The next film version would be a 1998 made for TV movie by Disney featuring Alicia Morton as Annie with Victor Garber, Kathy Bates and Kirsten Chenowith. Which brings us now to the 2014 version and after 120 years in the public eye, little orphan Annie was long overdue an update.

Relive Quvenzhane Willis in the 'Beasts of the Southern Wild' trailer:

The original idea to update ‘Annie’ came from Will Smith, who bought the rights in 2011, intending the project for his daughter Willow. However by 2013, the now 13 year old Willow out grew the part and Quvenzhané Wallis was announced as her replacement before filming began last year. Wallis is quite the rising child star and at just nine years old she became the youngest person ever to receive an Academy Award nomination when she was recognised last year for her debut acting performance in ‘Beasts of the Sounthern Wild’. Although she didn't win the Oscar she followed it up with a part in this year’s Oscar winner ‘12 Years a Slave’.

More: why Sandra Bullock turned down the role of Miss Hannigan.

The incredibly cute and talented actress will be a completely different Annie for a whole new generation as the character is usually known for her trademark red hair. Starring alongside Quvenzhané will be Jamie Foxx who will play Will Stacks, a wealthy politician based on the original Oliver Warbucks character. Camerion Diaz is also starring as Miss Hannington, the cruel owner of Annie’s orphanage and the supporting cast will include ‘Bridesmaids’ actress Rose Byrne and Bobby Cannavale. 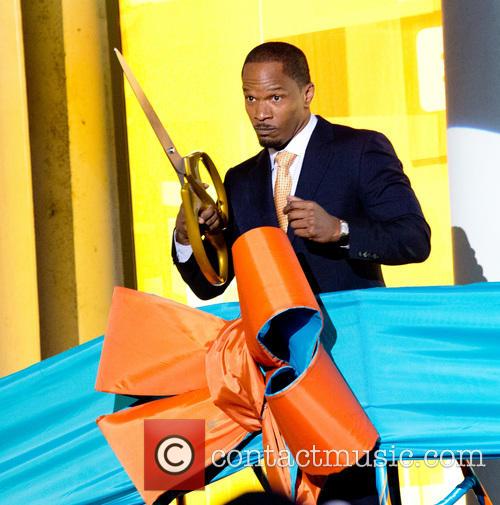 Jamie Foxx as Will Stacks, filming 'Annie' in New York

Directing is Will Gluck whose credits include 'Easy A' and 'Friends With Benefits'. He’s also co-written the script with Aline Brosh McKenna as well as getting help from actress and writer Emma Thompspon. Will Smith has stayed involved as the producer and he will be teaming up with none other than Mr Carter himself, rapper Jay Z. Jay Z will be instrumental in updating the classic story for the new young audience. Having given the famous song ‘Hard Knock Life' an update before, this time he will be turing his hand to all the Annie classics including ‘Tomorrow’ as well as contributing original songs.

More: How Ryan Murphy was originally tapped for the role of director.

Staying close to the stage version, this ‘Annie’ follows the young orphan who is left by her parents as a baby with the promise that they’d be back for her someday, and is growing up in Miss Hannigan’s orphanage. Things begin to change when wealthy mayoral candidate Will Stacks takes Annie in as a good PR stunt. The setting is moved from the original depression era America to post-2007 Recession New York. Problems arising when a couple claiming to be Annie's real parents arrive looking for the youngster. Expect this Annie to be even more plucky and streetwise than the original as she tries to teach Jamie Foxx a thing or two. 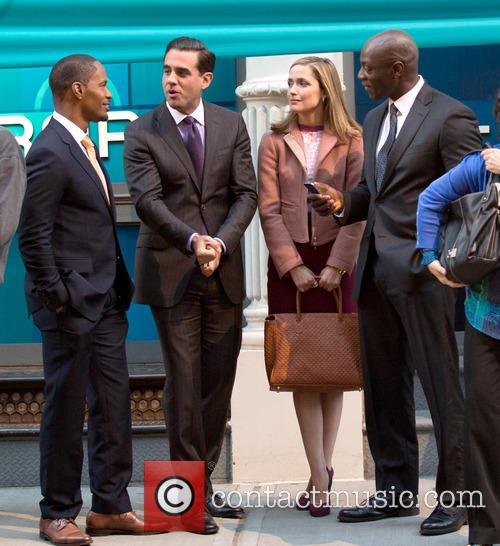 Jamie Foxx and the cast of 'Annie' film in New York

Now that we’ve seen the first trailer, we can get a bit more insight into how this modern retelling is going to play out. The New York setting seems pretty shiny and almost cartoony, which is sure to appeal to its target young audience. What’s also clear is that ‘Annie’ is sure to contain an overload of cultural references to assure us we’re in the 21st century. We’re only a few seconds in when we get a George Clooney reference from Miss Hannington, later on we also have a nod to Facebook. We also see that Will Stack’s office is throughly modern as he is seen engaging in a video chat with his campaign manager. Indeed it seems when it comes to the new life Annie is enjoying, film makers have gone all out to move the character into a glossy high tech world - there’s helicopters and what seems to be an amazing constellation effect in Annie’s new bedroom, which will surely make most kids watching jealous.

The musical numbers look like they’ll certainly be a focal point of the movie - they come complete with backing dancers and even balloons at one point. We can also expect Jamie Foxx to get involved in a bit of singing and dancing too, since we know he can. Distributors have been very smart giving 'Annie' a release date so close to Christmas, when families will be looking for a film to entertain the children. This updating of a classic story might just become the holiday’s biggest box office hit, especially with the star power of Will Smith and Jay-Z so closely attached. Hopefully the story will be given some much needed edge and not be too saccharine for the older accompanying audience, but judging by the trailer we wont be booking our adult tickets just yet.

Watch the trailer for 'Annie' below: