Jamie Foxx Against Me! Quentin Tarantino 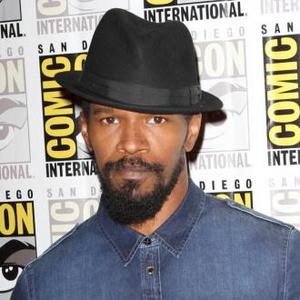 The actor portrays the titular slave warrior in Quentin Tarantino's forthcoming movie and admits none of the cast could help but be affected by certain scenes of racist violence and cruel historical attitudes.

He said: ''It runs deep. At the beginning, when we were starting shooting, they were whipping Kerry [Washington, who plays his wife Broomhilda] and I had to watch it. It affected me.

''At the time, we were playing music to a whole plantation. The music was a gospel song by Fred Hammond called 'No Weapons Formed Against Me Shall Prosper' and just to see everybody go to a place...' There were people with tears in their eyes.

''These moments, well, we can't really tell here right now because we're still shooting the movie but I think those moments we put on screen are going to jerk people. Their emotions are gonna be running really high.''

However, Jamie thinks the hard-hitting stance was essential to the film.

He added to Empire magazine: ''I don't think you could do the movie if you didn't. You wouldn't be Quentin Tarantino and there'd be no need to do the movie. Because if you show it in a way where it's treated with kid gloves, it's not significant.

''The fact that it's so prickly, and it's gonna cut your hand when you pick it up, that's what makes it what it is.''