A Week In Movies: Baftas Handed Out In London, Premieres In Berlin And New Trailers For Summer Movies Including Comedy, Horror, Musical And A Pair Of Spy Thrillers

Boyhood takes the top prize at the British Academy Film Awards, Fifty Shades of Grey holds its world premiere in Berlin, and new trailers arrive for Apatow's Trainwreck, the Poltergeist remake, the N.W.A. biopic, Guy Ritchie's The Man From U.N.C.L.E. and the Hitman movie... 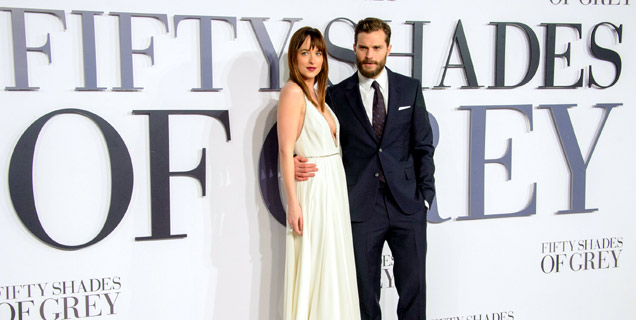 Fifty Shadows of Grey held its world premiere at the Berlin Film Festival, attended by stars Jamie Dornan and Dakota Johnson, as well as director Sam Taylor-Johnson and her actor-husband Aaron, plus novelist E.L. James. There have been virtually no press screenings prior to the film's release this weekend.

The British Academy Film Awards named Boyhood as Best Picture on Sunday night, in a lavish ceremony attended by a range of A-listers including acting winners Julianne Moore, Eddie Redmayne, Patricia Arquette and J.K. Simmons. The Grand Budapest Hotel won the most awards, with five. Boyhood, Whiplash and The Theory of Everything won three Baftas each.

Other premieres in Berlin included Everything Will Be Fine, attended by James Franco, Charlotte Gainsbourg, Marie Josee Croze and filmmaker Wim Wenders.

Photos - The 65Th Berlin Film Festival - 'Everything Will Be Fine' - Arrivals 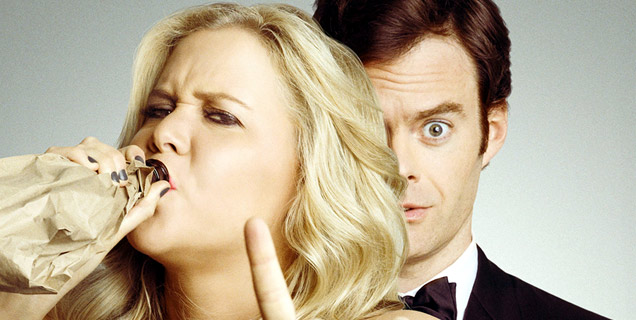 There was a flurry of trailers this week for films opening this summer. First is Judd Apatow's hotly anticipated new comedy Trainwreck, which stars writer-comic Amy Schumer as a single woman in New York who enjoys playing the field until she meets a doctor (Bill Hader) who makes her think about settling down. Costars include Brie Larson, Tilda Swinton, Marisa Tomei and Matthew Broderick. It's out in July. Watch 'Trainwreck' Trailer.

Also opening in July is Poltergeist, a remake of the 1982 classic about a boisterous ghost in a suburban house. Packed with big freak-out moments, the question is whether they've put the best stuff in the trailer. But director Gil Kenan proved adept at thrills in Monster House, and his cast includes Sam Rockwell, Rosemarie DeWitt and Jared Harris. Watch 'Poltergeist' Teaser Trailer. 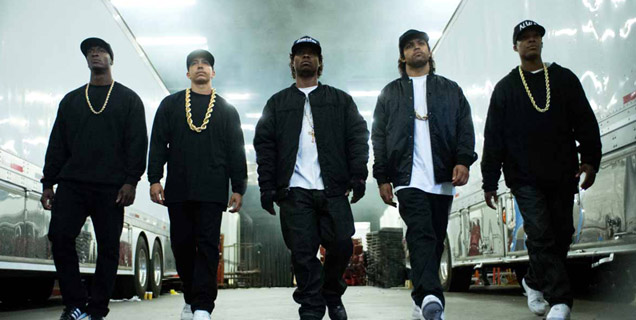 Also out in August, Guy Ritchie's movie version of the 1960s TV series The Man from U.N.C.L.E. stars Henry Cavill and Armie Hammer as rival secret agents in 1963 who need to work together. Costars include Alicia Vikander, Hugh Grant, Jared Harris and David Beckham. It looks whizzy and entertaining, and seriously action-packed. Watch 'The Man From U.N.C.L.E' Teaser Trailer.

With a darker and more intense trailer, Hitman: Agent 47 is another spy thriller, this time about a super-slick assassin (Rupert Friend) who has been engineered to be stronger, smarter and faster than normal soldiers. Also starring Zachary Quinto, Ciaran Hinds and Hannah Ware, it looks loud and violent, and visually impressive. It also opens in August. Watch 'Hitman: Agent 47' Teaser Trailer.