Jamie Dornan has splashed out £1.75 million on a new mansion in the Cotswolds, South England, just weeks after putting his cottage in the area on the market for £500,000. 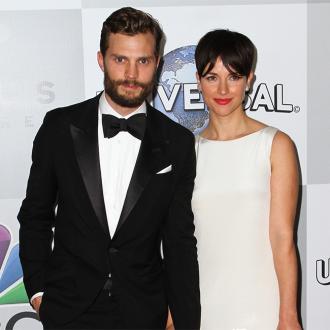 Jamie Dornan has splashed out £1.75 million on a new home in the Cotswolds, South England.

The 'Fifty Shades of Grey' star, who recently put his cosy cottage in the same remote village on the market for $500,000, has reportedly snapped up five-bedroom mansion in a secluded woodland area nearby.

The Northern Irish heartthrob has already been spotted having drinks in a local pub with his singer-songwriter wife, Amelia Warner, 33, according to the MailOnline.

The couple, who have 22-month-old daughter Dulcie, put their cottage on the market approximately three weeks ago.

Their former home, which is located just a few miles from the Highgrove estate that is home to Britain's Prince Charles and his wife Camilla, Duchess of Cornwall, features including wooden beams, low ceilings and open fireplaces, as well as a state-of-the-art modern kitchen and rustic lounge and dining room.

Jamie, 33, previously admitted he prefers to stay out of the spotlight when he's not working.

He said: ''Nobody sane wants just to be famous. I hate it when people say you're asking for it by doing films. No, I'm asking for work, and I'm asking to get paid for doing something I love. I'm not asking to be followed down a street by some f****** pap.''