Dornan and the 'Fifty Shades Darker' cast and crew had to film in Nice the day after the recent terror attacks because of contractual obligations.

Fifty Shades of Grey actor Jamie Dornan has revealed that he and the rest of the movie’s cast were contractually obliged to continue filming in Nice last month, despite the city being on high alert after the Bastille Day terrorist attack.

Back on July 14th, an annual French national holiday, a truck ploughed into a crowd of people celebrating watching fireworks in Nice on the Promenade des Anglais, killing 85 and injuring more than 300 others.

However, due to financial considerations because of the massive budget attached to the sequel Fifty Shades Darker, the decision was forced upon them to continue filming despite the ongoing dangers. 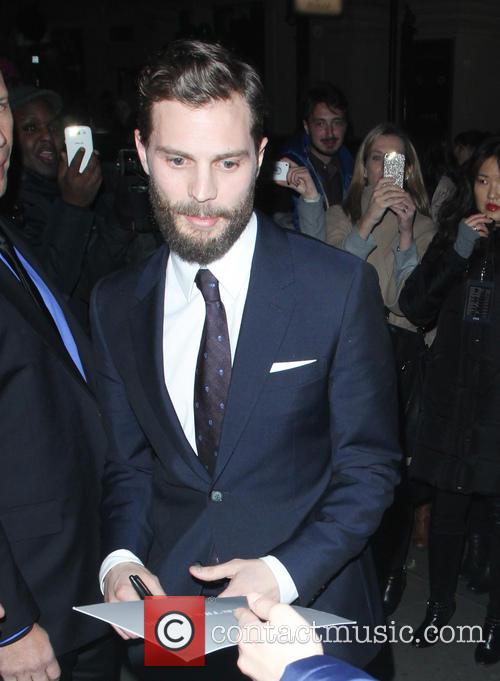 “It was, as you can imagine, a bloody awful situation. You'd be affected by it wherever you were in the world,” 34 year old Dornan shared with ComingSoon.net.

“The first thing everyone has to work out was is everybody safe, is the whole crew and cast safe,” he explained of the procedure they followed after the attack, and what it was like continuing to film in the wake of the tragedy.

“Then you have the strange thing of the next day still trying to make this movie that's costing millions of dollars to put together. There's this contractual obligation to work the next day, which is a very strange environment to work in. It felt very frivolous and wrong to be making something as silly as a f***ing movie the day after something like that happened.”

Fifty Shades Darker and its ‘three-quel’ Fifty Shades Freed are both being filmed at the same time and are both currently in post-production, with the former set for release on February 10th 2017 and the latter on February 9th 2018.