Jamie Dornan will play Czech resistance fighter Jan Kubis in the upcoming film ‘Anthropoid’. Dornan revealed how he feels about his upcoming role at a press conference on Thursday (9th July).

Jamie Dornan, best known for his role as Christian Grey in Fifty Shades of Grey, is turning his attention back to more serious roles. It’s easy to forget Dornan is actually an accomplished actor considering his performance in Fifty Shades. Yet hopefully Dornan will have the opportunity to show he’s back on form, as he was in the BBC’s The Fall, in the upcoming film Anthropoid. 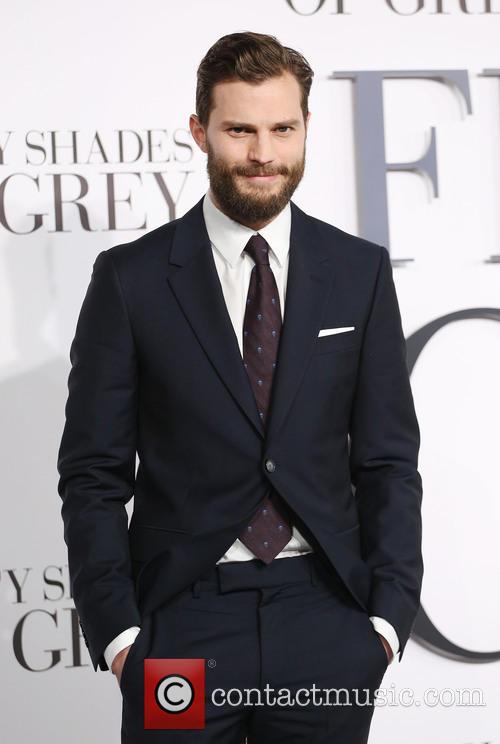 Jamie Dornan will star in Anthropoid opposite Cillian Murphy.

Dornan will play Jan Kubis, a member of the Czechoslovakian resistance who assassinated a leading Nazi in an operation codenamed Anthropoid. Kubis and another member of the resistance, Josef Gabcik, assassinated Reinhard Heydrich in Prague in 1942. Cillian Murphy will star opposite Dornan as Josef Gabcik. Heydrich was one of the Nazi leaders who ensured Hitler’s rise to power and was one of the key players in creating the ‘Final Solution’, the Nazi’s plan to systematically murder the Jewish population in Europe.

Neither Kubis nor Gabcik survived long after they successfully assassinated Heydrich and evidence of the fierce shoot out between the assassins and Nazi forces can still be seen today on the exterior of the Church of St. Cyril and St. Methodious in Prague. The assassination also led to reprisals and members of Gabcik and Kubis’ families were arrested and interred in concentration camps. More than 13,000 people were arrested by the Nazis in relation to the crime.

33-year-old Dornan and Anthropoid’s director, Sean Ellis, attended the Karlovy Vary Film Festival in Prague on Thursday (9th July). Dornan and Ellis revealed details of their upcoming project, which is due to begin filming in the Czech Republic next month. Dornan in particular was very vocal when discussing his character and the research he had done into both Kubis’ life and the times in which he lived.

“These were just normal guys who were fighting for something they fiercely believed in,” Dornan said, as Variety reports. “A lot of that work, thankfully, is done for me on the page. All the human flaws and all the things that make him [Kubis] a tangible person, the everyman you can relate to are on the page, which is great. They’re heroes in the sense of what they did, but very much on the page you see that they are flawed, and have very human aspects to them that would hinder trying to carry out an exercise like this.”

The reprisals for Kubis and Gabcik’s actions were severe but ultimately Dornan sees the assassination as both “heroic” and essential.

“Ultimately, I think it sent a very strong message to show that the Czech people were up for a fight and weren’t willing to be treated in that way,” Dornan said at the press conference. “For me, I see it as a very heroic act. I think if I was in that position myself, I probably would have done the same thing. I have a strong understanding of why people see it the other way, based on events afterwards, but for me personally, I think they ultimately had to do what they had to do.”

See Jamie Dornan In The Fifty Shades Of Grey Trailer: