Jamie Dornan thinks his 'Fifty Shades of Grey' character, Christian Grey, is a ''weirdo'' but admits he chose to play the part because of Christian's conflicting and complicated nature. 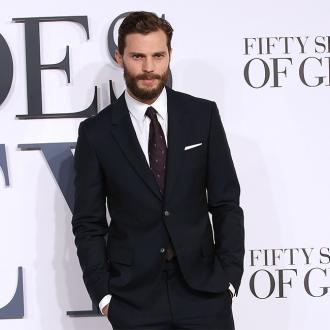 The 32-year-old actor - who plays the character in the upcoming 'Fifty Shades of Grey' movie - insists Christian's conflicting and complicated nature drew him to the part.

He said: ''He's a bit of a weirdo. He's not your average guy. He's massively complicated and conflicted and I'm sort of drawn to that.

''I don't feel like that in real life. But I'm drawn to characters like that. I find that quite interesting.''

He added to BBC Radio 1 Breakfast Show's Nick Grimshaw: ''I had a lot of time to think about [taking on the role]. Because it nearly happened before and then they cast someone else and he dropped out so I'd done all my thinking about it.

''So when the actual call came - Sam [Taylor-Johnson], the director called me herself - I was told it was definitely going to happen.

''I was in London, they were in LA and they were like, 'The call will come tonight' and it was 2.30 in the morning and it still hadn't come and my wife had gone to bed.

''I was watching 'Storage Wars' back to back on the History Channel. She didn't call me 'til quarter to three in the morning, so I was like, 'Yay! I'm going to bed.'''