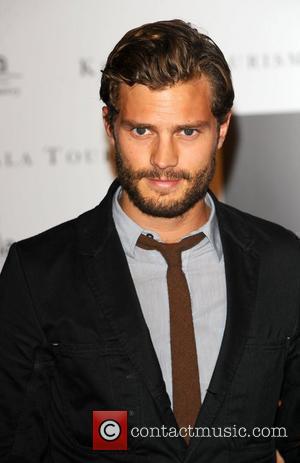 The 50 Shades of Grey cast is in turmoil, as we know. Charlie Hunnam, the strange but intriguing choice to play billionaire Christian Grey, pulled out of the project owing to his immersive television schedule.

Of course, both and he and his agent will have known all to well his commitments to Sons of Anarchy and it's far more likely - as reports suggest - that the relative newcomer was overawed by both the opposition to his casting and the general fervour for the film.

The 50 Shades of Grey movie is a funny old thing really. It's in Hollywood no-man's land. Nobody's quite sure whether it has the potential to do enough business to spawn a franchise - we're certain it does, though not everyone in convinced.

It was the subject of an intense budding war in early 2012, with Warner Bros, Sony Pictures, Paramount, Universal Pictures and Mark Wahlberg's production company all stumping up the cash for the rights. It was Universal and Focus Features who emerged victorious, quickly signing up the experienced producing team of Michael De Luca and Dana Brunetti.

America Psycho writer Bret Easton Ellis publically expressed his desire to write the screenplay, which would have been a decent move, though the studio opted for Kelly Marcel instead.

Ellis was furious at the decision, taking to Twitter to mock Marcel's biography which includes Saving Mr Banks.

"Kelly Marcel: the creator of (gulp) Terra Nova and a Mary Poppins biopic has been blessed by EL James and no one can stop her. Dear God," he told followers, adding, "Kelly Marcel?!? KELLY MARCEL?!? Kelly Marcel is WRITING the script for Fifty Shades of Grey?!? THIS is the movie they want to make? ARGH."

Next came the casting, with producers tapping Hunnam and the relatively inexperienced Dakota Johnson to play the role of the submissive Anastasia Steele. The short list for that role apparently included Imogen Poots, Elizabeth Olsen, Shailene Woodley and Felicity Jones. It is known that Jones turned down the role, as did Woodley owing to the conflicting press obligations for her new film Divergent.

According to the Hollywood Reporter, Ryan Gosling was the "original prototype" for Christian though made it clear he was not interested in the role. Garrett Hedlund turned it down while Christian Cooke was also considered.

Anyway the role went to Sons of Anarchy star Hunnam, before he quit the project last week. The search is now on for Universal to find a new Christian with only days to go before the first day of shooting in Vancouver.

According to the Hollywood Reporter, the Irish actor Jamie Dornan is the frontrunner for the role. 'Jamie who?' you're probably asking - and you'd be well within your rights. He started his career as a model, appearing in campaigns for Dior, Aquascutum, Armani and Calvin Klein, with Kate Moss and Eva Mendes. He also dated Keira Knightley for a bit.

It's likely that Dornan came to the producer's attentions in the BBC series The Fall, with Gillian Anderson. He played a serial killer with a blue collar job as a psychologist and told Digital Spy of one particularly disturbing scene, "I spent a day strangling myself on the back of a door while I masturbated to a driving license of one of my victims. That's not an easy day at the office! And they cut it out! I couldn't believe it-they didn't even tell me. When I first watched the series, it just wasn't there!"

Dornan's clearly got the looks for the role of Christian and his performance in The Fall proves he's got the ability to play, well, a mad man, too.

The problem for Universal Pictures is - aside from trying to scrub up on a dodgy screenplay - is that Dornan's name isn't going on those posters. And if it is, it's not going to be very big. Should the studio go with Dornan and Dakota Johnson as the lead actors, they're going to have to plaster Christian Grey, E.L James and Fifty Shades of Grey all over the promotional stuff.

Nobody knows who Dornan is. The Fifty Shades of Grey movie needs to be a hit, a really does. Alexander Skarsgard and - to some extent - Matt Bomer can sell this movie. Whether Universal and Focus Features wants to play it safe remains to be seen.