The actor also opened up about his model past ahead of his upcoming role in the much anticipated big screen adaptation.

We’re just under a fortnight away from the release of Fifty Shades of Grey and star Jamie Dornan is doing the interview rounds, opening up about his past as well as the upcoming movie. For those who didn't already know, before landing the role of Christina Grey Jamie dated Keira Knightley and modelled for Calvin Klein. But there’s a lot more to the Northern Irish heartthrob.

Jamie Dornan as Christian Grey in Fifty Shades of Grey

Speaking to Britain’s Daily Express Dornan talked about his upcoming role as Christian Grey saying, “I am never going to please all the readers of the books.”

“If half are happy with me then that would be an achievement,” he added. But as for the film’s sex scenes and the controversy surrounding the S&M subject material Dornan explained, “there is no forced sex in the film. It is all consensual.”

Though when it came to filming those steamy scenes, Dornan’s experience on set wasn’t as sexy as some might have imagined. "From my point of view there is nothing sexy about performing scenes in front of half a dozen hairy men moving cables and lighting equipment,” the actor said.

Adding that he knows there is is quite a lot of ‘intellectual snobbery’ about the original book, he said he believes that feeling will probably carry forward to the film. “I am realistic about how various people will react,” Dornan continued.

The 32 year old also looked back on his first brush with fame, nearly a decade ago, when he was then known as the boyfriend of Keira Knightley.

Dornan and Dakota Johnson in Fifty Shades of Grey

“Even worse, when it was all over, I was described as Keira’s EX-boyfriend,” he joked. “It was as if I didn’t have a life or a family. So far as some people were concerned I appeared on the arm of Keira one day and that is when I started to live.”

But before he started making a name for himself as an actor, it was Dornan’s good looks that were paying the bills, as he worked as a model for a number of big name companies including Calvin Klein.

Speaking about his model past Dornan said, “It was all a matter of luck. I was told ‘Do not worry about rejection. They have an idea of what they want. If you turn up and you are not it, do not take it personally’”.

But landing a contract with Calvin Klein doesn't happen without having to go through a few hurdles, “I had to stand in my briefs for test shots,” Dornan said. “I felt ridiculous. But I was aware it could be a good break.” 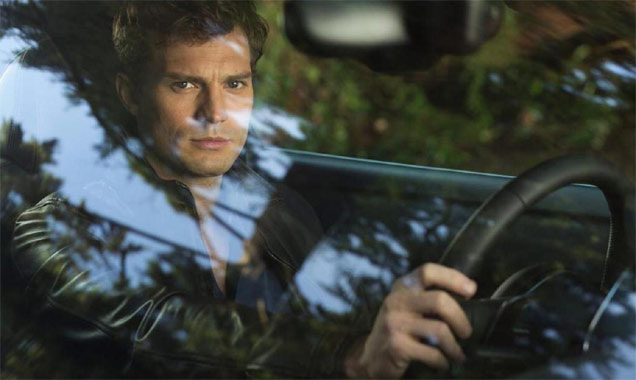