Ellie Goulding, Beyonce And Sia To Feature On 'Fifty Shades Of Grey' Soundtrack

The countdown to E.L. James’ novel hitting the big screen is well and truly underway.

With just over a month to go before Fifty Shades of Grey hits the big screen, the track listing for the film’s steamy soundtrack has been revealed. Featuring Beyonce, Ellie Goulding and even Frank Sinatra the Fifty Shades soundtrack looks set to be every bit as enticing as the film itself.

Beyonce’s breathy tones on the ‘Crazy in Love ‘ remix and ‘Haunted’ have already been heard on the film’s teaser trailers, while former Eurythmics singer Annie Lennox has contributed a cover of ‘I Put a Spell On You’ to the album.

Also featured are British singer Ellie Goulding, Jessie Ware, Laura Welsh and Sia. While the soundtrack also goes back in time to include Frank Sinatra’s ‘Witchcraft’ and The Rolling Stones’ classic 'Beast of Burden'.

Composer Danny Elfman also has two tracks on the album, with one titled ‘Anna and Christian’ and the other more interestingly named ‘Did That Hurt?’

It has also recently been announced that the film has been given an R rating due to “strong sexual content including dialogue" and "some unusual behaviour and graphic nudity." Which means if you're under 17 you're going to need a parent of guardian to accompany you to the theatre. Awkward!

More: 'Fifty Shades of Grey' Star Jamie Dornan Has No Issue With S&M Sex: "I'm An Extremely Liberal Person, I Don't Give A F**K"

The soundtrack will be released on February 10th just days before the film arrives in theatres on February 14th. 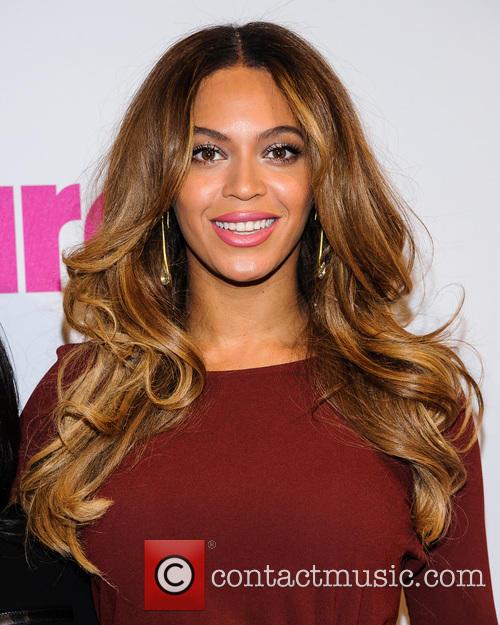 Beyoncé has remixed 'Crazy in Love' for the soundtrack

The full track listing for Fifty Shades of Grey: The Original Motion Picture Soundtrack is as follows:

8. The Rolling Stones - 'Beast of Burden'