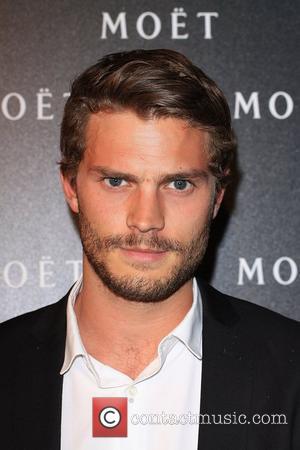 Lace fans and snuff at the ready, Fifty Shades of Grey fans, because a new promotional photo has been released ahead of the upcoming saucy movie. The brand new close-up features actor Jamie Dornan as lead character Christian Grey and has set author EL James' fans tingling with anticipation for Sam Taylor-Johnson's 2015 adaptation.

Pictured sitting in a car, presumed to be the black Audi R8 Spyder detailed in the books, Grey is intently focussed on something in the middle distance. He seems to have eschewed his smart business attire in favour of a more "civilian" black leather jacket and T-shirt combo.

It's unclear whether Grey's gaze is more seductive or scowly but fans online have been speculating that Grey is staring at Ana Steel, his lover, who is played by Dakota Johnson. Many have read deeper into the photo, asking why the film's team have decided to release this particular shot.

Unless he likes his danger on the behind the wheel as well as in the bedroom, Grey's car is probably stationary in the photo as his eyes are off the road and his hands aren't at the ten-to-two position - in fact, one hand is mysteriously hidden. In which case, he could be engaging in a little surveillance work - checking out Ana as she heads to class or works shifts at the hardware store.

More: Meet the cast of the 'Fifty Shades of Grey' movie

The photo has been 'liked' nearly 10,000 times on Facebook after the movie's official page posted it to celebrate the character's birthday. One Stacey Heward was particularly emphatic, saying "The perfect Christian Grey! Just how I imagined him to be. Perfect in every way. Absolutely gorgeous." Whilst an Emma Taylor simply said an encouraging "He is exacly how I imagined him to look like."

Grey's birthday snap follows on from the first 50 Shades teaser which was released on Valentine's Day this year and showed Dornan as Grey looking out over Seattle with his back to us. So far we haven't seen any official promo material featuring Johnson as Ana but word from the set says there's some serious chemistry between the two actors. 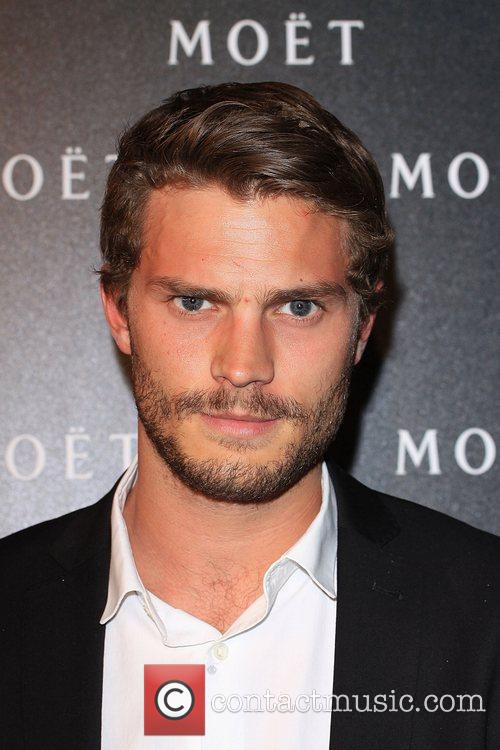