The jazz singer is a huge fan of the 'Poker Face' hitmaker's recent 'Cheek to Cheek' album, which she recorded with veteran crooner Tony Bennett, and hopes if they make another album together, they will ask him to be involved.

He said: ''I would definitely make a record with both of those [Tony Bennett and Lady Gaga], in fact I think volume two of that record should include me as well, so can you ask them please?''

In 2012, a song written by Jamie, 'Standing Still', was performed in the Eurovision Song Contest by Germany's Roman Lob, and the 35-year-old star admits he would be happy to write a song for the UK.

Discussing the track, he said: ''That doesn't always win me a lot of fans over here. ..

And Jamie claimed he didn't even realise his track had been selected by Germany.

Speaking to Sir Terry Wogan on BBC Radio 2, he said: ''I'd written the song and it was one that I just never recorded and it was out there in the ether. I guess they just found it over there and said would it be OK to put it forward as one of the entries, and then before I knew it, it was on the show and you were talking about it and I was like, 'Oh I didn't even really know about it.' '' 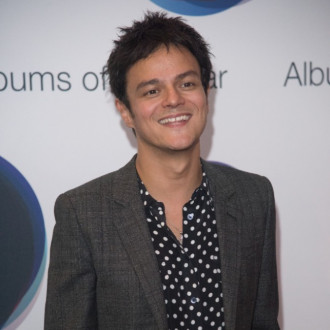