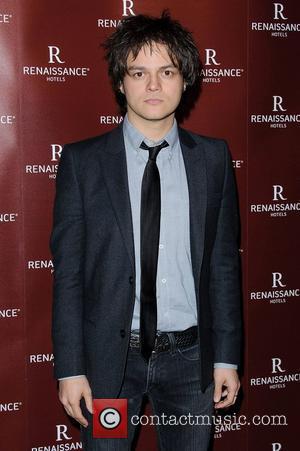 British jazz musician Jamie Cullum honoured Robert De Niro on the opening night of the Cannes Film Festival in France on Wednesday (11May11) by serenading him with a New York-inspired medley.
The Goodfellas star is heading an eight-person jury panel overseeing the movie event, alongside Jude Law and Uma Thurman.
Cannes started on Wednesday (11May11) with Woody Allen's film Midnight In Paris as the opening film, while Lady Gaga wowed the crowds with a performance to launch the festivities.
Cullum also took to the stage on the first day and surprised De Niro during the opening ceremony by playing a piano cover of Frank Sinatra's New York, New York, before a rendition of Jay Z and Alicia Key's Empire State Of Mind.
As the singer performed, stars including Thurman, danced on stage.
Cullum says, "De Niro's a film legend who defines what cinema is all about. It's amazing to have the opportunity to honour him."