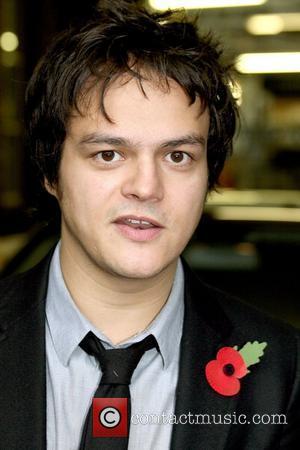 Picture: Jamie Cullum outside the 'This Morning' studios London, England - 11.11.09

Jamie Cullum is eager to compose more music for films - but is worried any future endeavours won't compare to working with Clint Eastwood on GRAN TORINO.
The British musician wrote the main score for the 2008 drama, after the acclaimed director phoned him up to ask the favour personally.
And although Cullum is keen to write more for movies, he's concerned nothing will live up to the experience of working with Eastwood.
He says, "We ended up recording in his house, playing along to the film on a flatscreen TV. I couldn't believe it. Because after all, he is Clint Eastwood. The Clint Eastwood.
"I'd love to do more film work, but it's a bit difficult after working with Clint. I mean, it's a bit like having caviar as your very first grown-up meal."