British Actor Jamie Bell Was Given Real Special Forces-style Training For His Role In A New Movie About The Infamous 1980 Iranian Embassy Siege In London. 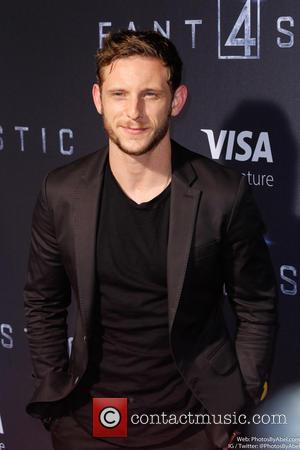 The Billy Elliot star plays real life former Special Air Service (SAS) member Rusty Firmin in 6 Days, which tells the story of how Firmin and his team dramatically stormed the building and rescued hostages who had been held for nearly a week by a group of armed terrorists.

Bell has revealed he underwent gruelling SAS-style training while on location in New Zealand in a bid to get to grips with the role.

He tells the London Evening Standard, "A lot of it was carrying your own kit, being in kit all day long, doing multi-room clearances, handling weapons, being in situations where you would be out of breath and they would make you do it again.

"We'd do 11-minute runs of multi-room clearances which would involve capturing hostages, bringing them out, using explosives, putting them in rooms, running into rooms that are literally exploding, people shooting blanks at you, us firing blanks at targets, very much the training that you go through once you have kind of already got into the SAS. Although the truth is we missed the selection process, which is the tricky part."

The drama is due for release next year (16).