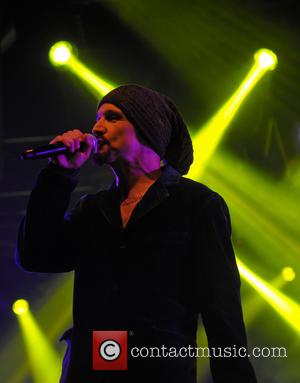 James star Tim Booth has signed up for singing lessons for the first time in two decades to strengthen his voice for the band's touring commitments after falling ill earlier this summer (14).

The band was forced to cancel plans when the singer lost his voice and the drama prompted Booth to seek professional help.

Now, as the band embarks on a tour to promote its new album La Petit Mort, Booth explains, "I'm really good now. I got a summer bloody flu in England and was laid up for a few days. I'm fine now.

"I have to be like an athlete to do what I do, but the long tours can get tough. We've had to take a couple of songs down a key to get them more in my range. I've started singing lessons, which I haven't done in probably 20 years as an aim to give the voice more endurance and to be able to hit the high notes without destroying my throat, but I do love a good rasp... There's something in the struggle that is very human.

"I also use Chinese herbs to keep my throat open... and I do yoga to keep myself healthy."