Electricronic London artist James Yuill has released the thought-provoking new video for his brand new single 'Turn Yourself Around' taken from his third album 'These Spirits', both of which are set to be released on March 25th 2013.

The video shows a suited up man struggling in the sweltering heat of isolated desert land, exhaustedly pushing along an abandoned car tyre. It's loosely based on the Greek myth of Sisyphus, a former King who was condemned to perform the task of rolling a boulder up a hill and watching it fall back down repeatedly as a punishment. The character is clearly in need of the song's advice which tells listeners that although life is 'scary' and often doesn't let things pan out the way we want them to, sometimes you just need to change your outlook and 'turn yourself around'. The song itself is a feel good anthem with an addictive 90s sounding synth backing tinged with dark, steady vocals to convey its significant message.

As well as an upcoming album, James Yuill has also announced a new headline show at London's Corsica Studios on May 16th 2013, tickets for which were made available on March 1st. It follows on from his sold-out show at the Sebright Arms on March 4th.

James Yuill - Turn Yourself Around

James Yuill - On Your Own

A Tyre-ing Encounter In James's Yuill's 'Turn Yourself Around' (Video) James Yuill - On Your Own Video 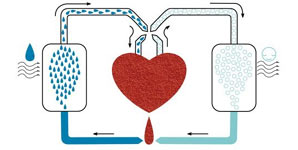 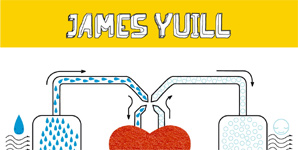