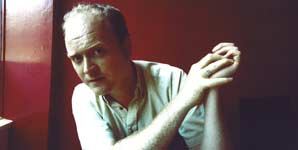 Steady As She Goes is the new single from James Yorkston. The track is festured on his stunning third album, The Year Of the Leopard, like itÂ¹s predecessors Moving Up Country and Beyond The River, confounds categories once again. Though not without its shadows, this is YorkstonÂ¹s most optimistic and uplifting record.

If thereÂ¹s a traditional side to it, it is following the tradition of individual singer-songwriter albums which conjure and inhabit a genre which lasts just as long as the needleÂ¹s in the groove.

James will also tour in October, playing at least 19 dates across the UK with his band The Athletes. Details of the tour have just been announced and are as follows:

James Yorkston, Steady As She Goes,...