NBCUniversal are making seven iconic Universal Monster movies available to view for free on YouTube in the coming weeks. 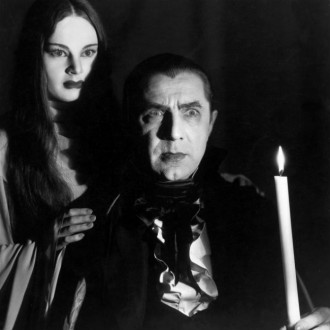 A number of Universal Classic Monster movies are to become available to stream on YouTube.

NBCUniversal are making seven of the iconic horror flicks accessible to viewers to watch for free, including 1931's 'Dracula' which starred Bela Lugosi as the iconic vampire from Bram Stoker's 1897 novel.

Other movies being made available on the distributor's 'Fear: The Home of Horror' channel include 1932's 'The Mummy', which stars Boris Karloff as the Egyptian zombie, and James Whale's 1931 film 'Frankenstein', also starring Karloff as the titular man-made monster, and the 1935 sequel 'Bride of Frankenstein'.

'The Invisible Man' and 'The Wolf Man' will also be available for horror fans to watch.

'Dracula' and the other titles were the Universal Monster movies with which Universal Studios made its name, beginning in the 1920s with 'The Man of a Thousand Faces' Lon Chaney starring in 'The Hunchback of Notre Dame' and 'The Phantom of the Opera'.

The films continued to be popular with audiences for the next three decades with 'Frankenstein', 'The Mummy', 'The Wolf Man' and 'Creature from the Black Lagoon' all being major hits whilst making household names of Lugosi, Lon Chaney Jr. and Karloff.

Their importance in cinema history is undeniable and the cape worn by Lugosi in 'Dracula' was donated to The Academy Museum of Motion Pictures in Los Angeles last year by the late actor's son Bela G. Lugosi and granddaughter Lynne Lugosi Sparks to continue his legacy as the definitive Count.

In a statement, Bela G. Lugosi said: "My father's screen-worn cape has had a very special place in my life and in the lives of my children and grandchildren. In fact, it's been a part of my mother's household and then my household since I was born - for over 80 years.

"It became clear that there is no better home for the cape than the Academy Museum, allowing movie lovers to view a piece of classic horror film history and enjoy Bela Lugosi's acclaimed performance for years to come."