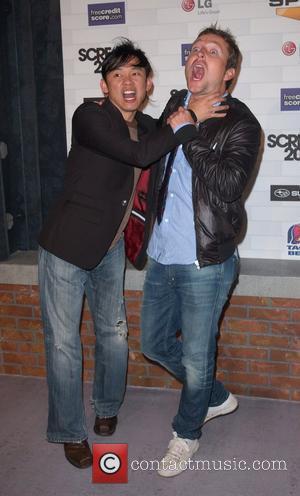 It's certainly rare when a horror flick is even screened for critics in advance of its opening. It's rarer still when such a movie receives overwhelmingly positive reviews. But such is the case with director James Wan's The Conjuring. Several critics are comparing it with the best of the genre. It brings to mind '70s' supernatural horror films such as The Exorcist with its stillness, steady build of suspense and handsome cinematography, writes Claudia Puig in USA Today. Ty Burr in the Boston Globe compares it with The Amityville Horror. The movie, he writes, digs up no new ground -- indeed, it seems almost proud of its Old School bona fides -- but it plows the classic terrain with a skill that feels a lot like affection. Michael Phillips in the Chicago Tribune argues that The Conjuring is a far better movie than Amityville Horror. He concludes, Might this movie actually be too good, in a slightly square way, to find the audience it deserves among under-20-somethings? Maybe. Maybe not. I hope not. Manohla Dargis in The New York Times praises it as a fantastically effective haunted-house movie. She also expresses her theory about why such movies do so well at the box office. It's been estimated that 75 percent of Americans believe in the paranormal, while only 54 percent believe global warming has begun. Evidently it's easier to believe in the terrors that can't hurt us than to believe in those that can, which may partly account for why so many vampires, zombies and their paranormal ilk are running amok in the popular imagination. But Joe Morgenstern in the Wall Street Journal says that while the film may be entirely irony-free and enjoyable up to a point for its straight-faced burrowings from the Exorcist and The Amityville Horror, the difference is that The Exorcist took the nation by storm with fresh ideas and brilliant filmmaking. The Conjuring conjures with amped-up echoes of old ideas and represents a bet that they still retain their creepy appeal For Today's audience.