Folk Icon James Taylor's Strangest Gig Was At An Insane Asylum In Bermuda While He Was Recovering From A Substance Abuse Addiction. 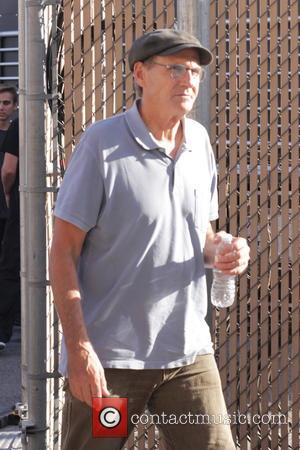 The Fire & Rain singer's family packed him and his recovery medication off on a plane to paradise as a 30th birthday gift, not realising that the methadone he was taking would be seized as soon as he landed.

As a result, Taylor had to cycle 10 miles a day to get his methadone allowance from a clinic that doubled up as Bermuda's leading mental institute.

He recalls, "The guy who was dispensing my medication every day also ran a mental clinic. It was an insane asylum really, an old-fashioned sort of snake pit nut house... and over the period of a week he kinda twisted my arm into doing a concert for his inmates.

"I found myself in a beautiful old auditorium with no windows... and since Bermuda has such a small population, they don't have a separate wing for geriatrics and one for catatonic schizophrenics or one for young adolescent suicides; what they've got is everybody in there together, so they brought the entire menagerie into this one room.

"I was given a stool with a boombox with a microphone plugged into it... so I was singing You've Got a Friend.... Throughout this relatively short, half-hour concert people would sort of go off like a Jack-in-the-box; someone would take off his clothes over here... I remember one old gentleman coming up to within about 10 inches of my face and singing that song The Sun Will Come Out Tomorrow (sic) from Annie... with such manic enthusiasm. It was wild."