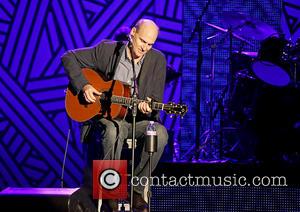 One of America's national treasures assured the French 'You've Got a Friend' in the U.S. when James Taylor performed his signature tune at a diplomatic get together in Paris on Friday (16Jan15).

The singer/songwriter was U.S. Secretary of State John Kerry's special guest at a ceremony to honour the victims of the city's recent terrorist attacks, which the politician called "a living nightmare".

Kerry told the dignitaries gathered at the Hotel de Ville, "I really wanted to come here and share a hug with all of Paris and all friends. I wanted to express to you personally the sheer horror and revulsion of all Americans for the cowardly and despicable assault on innocent lives."

He then introduced Taylor, who performed his hit You've Got a Friend, which also featured a sample of the French national anthem.