The ‘Happy Valley’ actor has suddenly become the bookies’ favourite for the role.

James Norton has spoken about the rumours he’s set to become the next James Bond when Daniel Craig steps down from the role after his final film in 2019.

The ‘Happy Valley’ actor has recently overtaken Tom Hardy as the bookies favourite for the next 007, with Coral bookmaker giving him odds of 1-2. But despite the hype, the actor says fans should keep their money.

James Norton wouldn't put a bet on being the next Bond

Speaking to the Radio Times about the opening scene in his new BBC drama ‘McMafia’ in which he wears a tuxedo, James said: “I did say to James Watkins, the director, are you just baiting me and stoking the rumour fire with scenes like that?

“When it’s reported in the press, people assume that I’ve co-ordinated the scene, but I promise you I didn’t. The truth is that it’s total speculation.

“It’s really humbling and flattering, but to have my name [talked up for Bond] next to the likes of Tom Hardy and Michael Fassbender is just mad,” he added. “If you’re thinking of putting a bet on me, keep your money in your pocket.”

Meanwhile, Bond producer Barbara Broccoli has hinted that the next Bond could be played by a black or female actor. Speaking to the Daily Mail, Broccoli said, “These films tend to reflect the times so we always try to push the envelope a little bit.

“Anything is possible. Right now it's Daniel Craig, and I'm very happy with Daniel Craig, but who knows what the future will bring?” 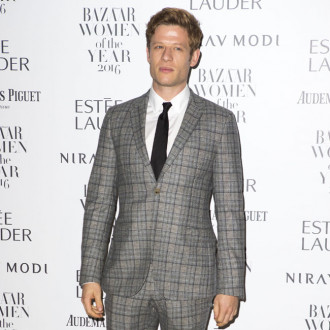 Watch the trailer for An EducationJenny (Carey Mulligan - Public Enemies) is a schoolgirl...