Mcavoy's Wife Opens Up About Son 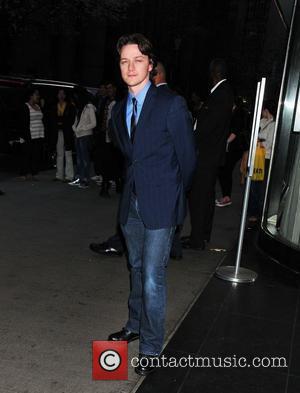 Picture: James McAvoy, at the New York Premiere of 'The Conspirator' at The Museum of Modern Art. New York City, USA - 11.04.11

James McAvoy's wife Anne-Marie Duff has spoken for the first time about the couple's baby son, Brendan, calling the tot "the most beautiful creature in the world".
The Scottish actor and his actress partner became parents last year (10) but they have refused to talk about the baby in a bid to keep him out of the spotlight.
Duff, who married MCAvoy in 2006, has now confirmed the youngster's name and revealed she is revelling in her new role as a mother.
She tells Scotland's Sunday Mail, "I am very lucky. I have known wonderful romantic love in my life but to actually see this little creature and find him to be the most beautiful creature in the world.
"I know all mothers and fathers feel that way. Yes, he's just gorgeous... I do feel my life's completely expanded since he arrived. When my baby was born, I felt like somebody had spiked my drink and I suddenly was so full of love that it was a little bit as if I was drugged... I didn't think that anyone could feel that way."
The couple chose not to find out the sex of the baby before he was born and Duff admits she was shocked to deliver a boy - as they had both been expecting a girl. She adds, "We thought we were going to have girl, so we had 15 girls names lined up and a little boy popped out. We had no idea and we had hardly any boys' names."
They eventually named the baby after Duff's Irish father: "He's a Brendan and it suits him really, really well."