James McAvoy Lord Of The Rings The Hobbit 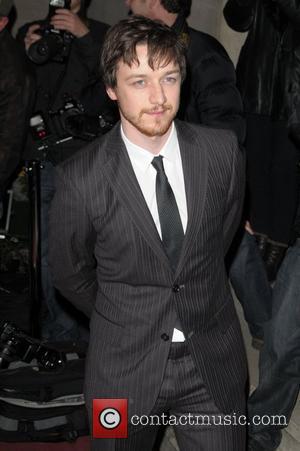 Scottish actor James McAvoy has been tipped to take the lead role in the new movie version of Lord Of The Rings prequel The Hobbit.
J.R.R. Tolkien's novel is set to be turned into a major blockbuster under the direction of Guillermo del Toro and filming is due to begin in New Zealand later this year (08).
Sir Ian MCKellen will reprise his role as Gandalf and MCAvoy is rumoured to be the favourite to take the lead role of hobbit Bilbo Baggins.
The character was played by Ian Holm in the previous films of the fantasy franchise, but he is due to be replaced by a high profile star for the new movie.
A source tells British newspaper the Daily Express, "A number of names have been doing the rounds, including Daniel Radcliffe and Jack Black, but James (MCAvoy) is the one the film's bosses really want.
"They're expected to have talks soon so hopefully it could be confirmed in the not too distant future."
And director del Toro adds, "I can tell you it's down to a few names that we all agree upon. For our first choice, completely magically we all have the same name."