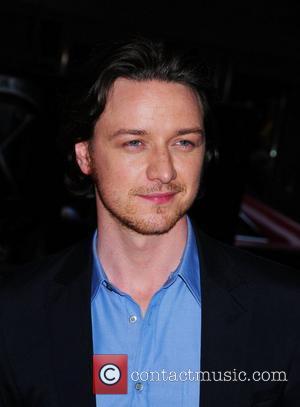 British actor James McAvoy switched off the U.S. remake of his TV show Shameless after deciding it was "too strange" to watch another actor deliver lines he once improvised.
MCAvoy landed his big break with his role in the U.K. drama and started a real-life relationship with his character Steve MCBride's love interest, played by actress Anne-Marie Duff, who is now his wife.
The show has since been rebooted for U.S. audiences but MCAvoy admits it is too "strange" for him to watch Canadian actor Justin Chatwin in his place.
He says, "My wife and I must have watched about 10 minutes of the very first episode and it was kinda freaky, so we decided not to watch anymore.
"It was too strange watching people do lines that we ad-libbed that weren't even in the script. It was just stuff that we would improvise. When my character, Steve, dropped his pants, bared his a*s and slapped his bum in the face of a bouncer, that wasn't in the script. I did that on the night. And yet, there it is in this new series. It's really, really strange. It was the same director, as well."