James McAvoy insists he will not move to America for the sake of his career and is pleased his choices so far have not required him to relocate. 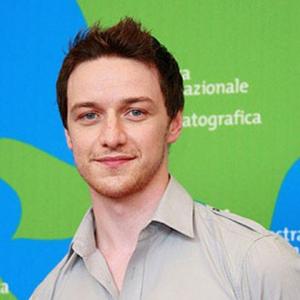 James McAvoy thinks he would be "daft" to move to America for his career.

The Scottish actor insists he is content to stay in London with wife Anne-Marie Duff and their 10-month-old son Brendan because his work so far has not required him to move overseas.

He said: "I've never done a movie there so the idea of moving to America seems daft.

"The jobs I've wanted to do have just happened to not be In America, which suits me fine. I'm from Scotland, and I've already moved once. I don't want to move again. I've got all my pals here and all my family.

"I've always made my choices on what suits me personally."

Despite his stance, James insists he is ambitious, though he is pleased the success of his films does not depend on his performances.

He told Britain's Elle magazine: "I think I'm as ambitious as most people are, but I purposefully keep it in check. I actively act against my ambitions sometimes.

"I think that just because you can do something doesn't mean you should.

"I also think when movies rest on you, you're expected to make money for the studios and that becomes difficult. I don't really think that anybody looks at me and expects me to make them money."