James Mcavoy To Star In The Disappearance Of Eleanor Rigby

James McAvoy will star opposite Jessica Chastain in 'The Disappearance of Eleanor Rigby', a double feature telling the story of a couple who go through ''an emotional, life-altering experience''. 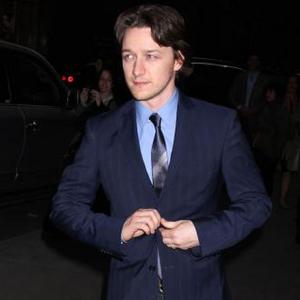 James McAvoy will star opposite Jessica Chastain in 'The Disappearance of Eleanor Rigby'.

The Scottish actor will play the restaurant owner husband of Jessica's character in the double feature which will follow the couple as they deal with ''an emotional, life-altering experience'' when the wife goes back to college.

However, the double love story, which has been written and will be directed by Ned Benson, will be stand-alone movies.

Kirk D'Amico from Myriad Pictures - who will sell the movie at Cannes - said in a statement: ''I am thrilled that we can share the excitement of James joining the cast with our buyers in Cannes, who have been so enthusiastic about the project from the beginning. James is one of the finest actors working today and I look forward to seeing Ned's rich, complex characters come alive.

'''The Disappearance of Eleanor Rigby' represents an alternate approach to content. New distribution models make it creatively possible for feature films to break out of the format of one 90-minute experience.

''We have to make both films work on their own, both for the buyers but also for the audiences. Together these films will describe a fully, more complete look at these characters and their lives.''