James McAvoy is in talks to star in the forthcoming Julian Assange biopic alongside Benedict Cumberbatch. 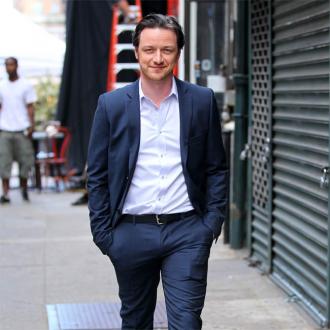 James McAvoy is in talks to star in the forthcoming Julian Assange biopic.

The 'X-Men: First Class' actor is reportedly up for the role of the WikiLeaks founder's right-hand man Daniel Domscheit-Berg in the film opposite Benedict Cumberbatch as the controversial journalist, Variety reports.

The script for the film - which is being directed by 'Twilight Saga: Breaking Dawn' helmsman Bill Condon - is partially based on Daniel's book 'Inside WikiLeaks: My Time With Julian Assange at the World's Most Dangerous Website'.

'RoboCop' actor Joel Kinnaman was previously linked with the role of Daniel, while Jeremy Renner has expressed a wish to portray Assange.

The DreamWorks-produced film is expected to go into production next year.

Assange is wanted in Sweden to face questioning over a sexual assault investigation.

He has been living in the Ecuadorian Embassy in London since June 2012.

British officials say he will be arrested if he steps out of the building.