James McAvoy ups his game in 'Split'; a creepy psychologial thriller from M. Night Shyamalan that follows a man with multiple personalities so severe that it leads him into a sadistic game with three teenage girls. If the trailer is anything to go by, this film is McAvoy's most explorative role to date.

Casey and her two friends go on a regular mall trip, but no sooner are they in the car ready for the ride back home than an agitated young man slides into the drivers seat before assaulting and kidnapping them. They awake to find themselves in a maze-like underground chamber complete with a set of beds and a bathroom. The man who kidnapped them claims he was sent to get them, but when the same man reappears in several different guises it becomes clear that they are dealing with a man with a serious case of dissociative identity disorder.

James McAvoy has 24 characters to contend with

From a softly-spoken older woman to a giddy 9-year-old boy, the girls meet all 23 of Kevin Fletcher's personalities, but there's only one of them that puts them in real danger: the 24th identity known as The Beast. As his 9-year-old self puts it: 'He's done awful things to people and he'll do awful things to you.

Watch the trailer for 'Split' here:


At the helm is Oscar nominated writer and director M. Night Shyamalan ('The Sixth Sense'), and starring alongside McAvoy is Anya Taylor-Joy from 2016 horror 'The Witch'. There are no paranormal themes in this movie, however, which makes it all the more terrifying; everything that happens is frighteningly possible. 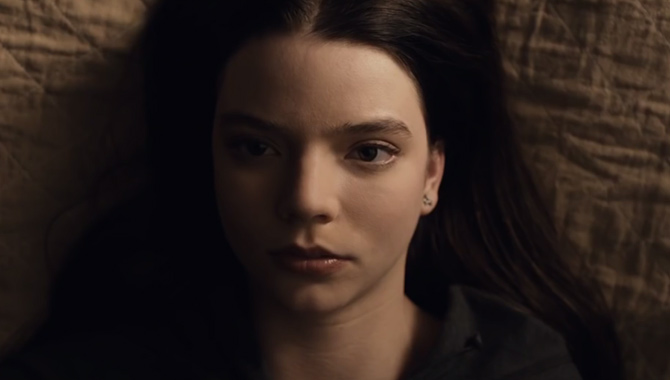 It's not the first time McAvoy has played someone with a serious psychological condition; in 2013 drama 'Filth', he played a detective with bipolar disorder, who suffers from hallucinations and severe inner torment. He cross-dresses in that movie too.