James McAvoy Needs To Clean Up His Act In Filth (Trailer) 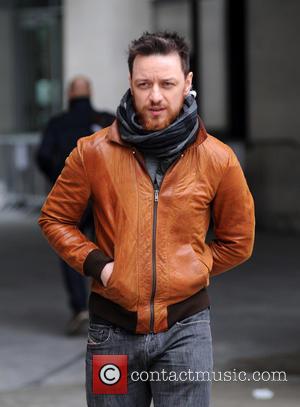 Filth, the latest movie to star James McAvoy, is an adaptation of Irvine Welsh’s novel of the same name and it has all the hallmarks of a classic Irvine Welsh movie adaptation, with its fast-paced, seedy cinematography and wry, snappy humour. The word filth takes on two meanings here. McAvoy plays the central character Bruce Robertson, who – by all accounts, is a pretty filthy kinda guy, he’s into some fairly unsavoury sexual practises and when his doctor asks if he’s been taking his medication, he’s only able to sort-of-honestly answer ‘yes’ because of all the illicit substances he’s been snorting. That’s not the only kind of ‘filth’ he is though – he’s also a police officer. A Detective Sergeant no less.

Robertson’s not one for abiding by the law, however and even when he’s on duty, he’s a pretty deceitful, dishonest kind of guy and will do anything to get one over on his colleagues, so that he can get a promotion. However, the combination of mind-altering drugs and the fact that he’s collapsing under a mountain of lies soon starts to take a toll on his sanity and wellbeing. Add to that the fact that he has a troubled marriage that he’s desperate to save and things aren’t looking great for him, all told.

Watch the trailer for Filth: For Ages 18 and over only