'X-Men' star James McAvoy has recalled the embarrassing moment when he was approached by a woman who thought he was fellow actor Ewan McGregor. 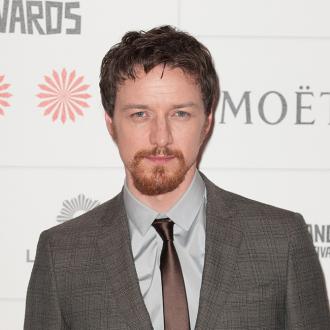 The 35-year-old actor has revealed supporters have approached him on several occasions because they think he is the 43-year-old Scottish star.

Speaking about one particular incident on 'The Late Show with David Letterman' last night (27.08.14), the actor, who is also from Scotland, recalled: ''I was in the gym not too long ago and this really nice little Argentinean girl came up to me and she was like, 'I love your films' and I was like, 'Thank you very much.'

''[She asked] 'Is there any chance of getting a picture?' and I was like, 'Yeah of course,' and she was taking ages to get her phone to come on so she was chatting away, and she said to me, 'I also love your TV shows by the way,' and I was like, 'That's interesting, I haven't done a TV show in a good few years.'

''[Then] she goes, 'Especially the ones when you're on the motorbikes going around the world,' and I was like, 'Oh, she thinks I'm Ewan McGregor!' ''

Despite the unfortunate incident, the Golden Globe nominee admitted that he has been recognised for his own roles far more in recent years, although he stated these encounters can be both positive and negative.

This isn't the first time that James has likened himself to his friend and fellow Scot, Ewan.

Last year, he joked that he only secured his role in the 2006 film 'The Last King of Scotland' because he was the cheapest actor with a Scottish accent.