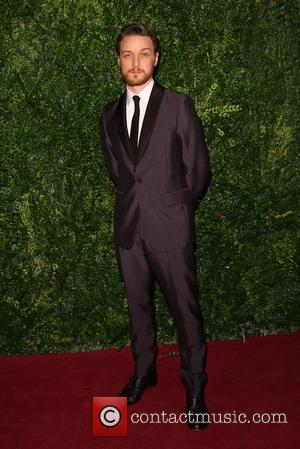 Picture: James McAvoy - Shots of a host of stars as they took to the red carpet for the 60th London Evening Standard Theatre Awards 2014...

Scottish actor James McAvoy broke down in tears and lied to film producers about a hideous car accident to get out of an awkward audition for a movie role.

The Last King of Scotland star was given the task of learning how to play several songs on the guitar for a potential part, but his preparation was so poor he had not mastered the tracks by the time of the tryout.

When it came to MCAvoy's turn to perform for producers, he was so terrified of embarrassing himself that he made up a tall story about a pal being involved in a car crash and fled the studio.

He tells U.K. talk show host Graham Norton, "My agent suggested something that she thought was going to be great for me. I needed to learn songs and to play the guitar. I said, 'No problem,' but of course the day came and I was rubbish at all of that and I stood in front of them with my heart in my mouth and thought, 'I've got to get out of this,' so I started to cry and through my tears said, 'I've just had a phone call. My mate has been knocked down, he's at the hospital and I have to go.' If they are watching this they will be thinking, 'We really believed him and he is a b**tard!' I am sorry for that."