James McAvoy has been forced to drop out of the Wikileaks movie because of his commitments to 'X-Men: Days of Future Past'. 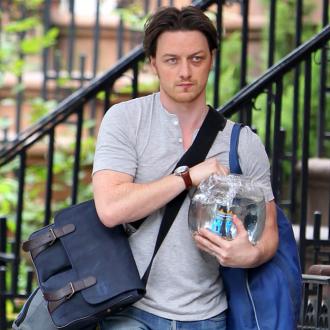 James McAvoy has dropped out of the Wikileaks movie.

The 33-year-old actor had been due to appear opposite Benedict Cumberbatch in the biopic of the website's disgraced founder Julian Assange, but his commitments to the 'X-Men' franchise mean he has had to withdraw from the project in order to concentrate on 'X-Men: Days of Future Past'.

According to The Hollywood Reporter, 'Inglourious Basterds' actor Daniel Bruhl has already been hired to replace James in the Wikileaks project as Daniel Domscheit-Berg.

Daniel was Julian's right-hand man and the movie is partly based on his memoirs 'Inside WikiLeaks: My Time with Julian Assange at the World's Most Dangerous Website'.

Meanwhile, Laura Linney is in talks to join the cast of the film, though it is unclear what role she would play in the Bill Condon-directed project.

The film will chart the ups and downs of the journalist, who caused embarrassment to world governments by leaking diplomatic cables around the world after launching WikiLeaks in 2006.

Assange is wanted in Sweden to face questioning over a sexual assault investigation.

He has been living in the Ecuadorian Embassy in London since June 2012.

British officials say he will be arrested if he steps out of the building.