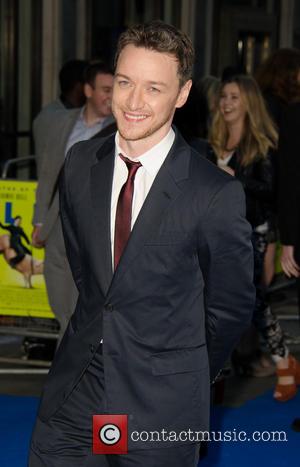 Writer Irvine Welsh, whose book Filth is the basis for MCAvoy's latest film, recently alleged he and the actor were discussing sexual abuse when MCAvoy expressed an interest in portraying Savile, the children's Tv host who was unmasked as a paedophile following his death in 2011.

Welsh told Britain's Radio Times magazine, "(MCAvoy told me), 'If you ever write about it, I'd love to play Jimmy Savile'."

However, a spokeswoman for the Scottish star has distanced the actor from the claims, telling Britain's The Daily Record, "James did not make that statement. He has never expressed an interest in playing the role of Jimmy Savile."

Savile was a beloved figure in the U.K. for his 50-year broadcasting career and wide-ranging charity work, but an inquiry into abuse allegations after his death ruled he had molested 450 victims, including 30 children, throughout the years.