May's new show with his former 'Top Gear' colleagues Jeremy Clarkson and Richard Hammond is due to be premiered "in the autumn of next year".

Though he’s just commenced filming the much-talked about Amazon Prime series along with Jeremy Clarkson and Richard Hammond, former ‘Top Gear’ co-presenter James May reckons that whatever the BBC comes up with in their absence will be a “credible rival” for their own show.

The 52 year old former BBC presenter, who along with Hammond followed Clarkson out of the door at the network after the latter was sacked following the infamous ‘fracas’ in March, appeared on ITV’s ‘This Morning’ and said that he wasn’t concerned about the competition from their former employers, according to the Mirror. 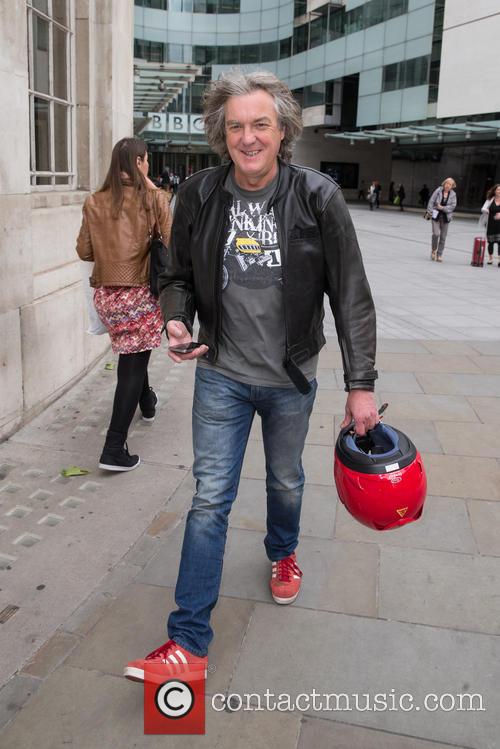 James May leaving the BBC in June 2015

“I think the really interesting thing about it is, I think it's going to be very healthy having two big, essentially, international car programmes,” he mused. “The thing people don't realise is it's actually very good that we have a credible rival and the two can spur each other on.”

With the re-vamped ‘Top Gear’ expected to return at some point in the spring of 2016 with Chris Evans at the helm, the as-yet-untitled Amazon project will have to premiere in the wake of it. Speaking of the launch date for the new show, May was non-specific. “It will start roughly in the autumn of next year, but we don't know the exact date yet.”

More: Chris Evans has his new ‘Top Gear’ – but he’s keeping it a secret

As for the title – which was amusingly rumoured to be ‘Gear Knobs’ in a report a few months ago – May was similarly unable to confirm anything concerete. “We don’t know what it’s called yet, we've had a lot of brainstorming on names.”

“It's actually very difficult to come up with a name that hasn't already been taken by someone else. We don't have a name, so I'm not just trying to be secretive, we haven't got one yet.”

As for the eye-watering budget involved, ‘This Morning’s presenter Eamonn Holmes, asked about what the plans were for the reported £160 million sum. “It's quite big, it does cost a lot of money to make very high quality TV in exotic location,” May replied.

“I know everyone thinks we've been given a massive sackful of money and gone off and bought Lamborghinis but it isn't actually like that. We don't get all the money in one go, a huge portion of it has to go on making the films and it just can't be done cheaply to look brilliant.”

Details have been sketchy about Clarkson, Hammond and May’s plans, but one of the rumoured plans is for the show to be based in a different location in the world each time, rather than a permanent studio base – to reflect the portable nature of Amazon Prime’s service.

More: Jeremy Clarkson thought about doing “nothing at all” after ‘Top Gear’ exit, until Amazon offer