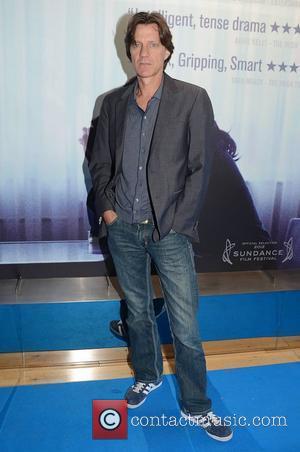 Filmmaker James Marsh tested London commuters while shooting tense new drama Shadow Dancer when he shot his leading lady Andrea Riseborough pretending to leave a bomb at one of the city's Underground stations.

Riseborough, who plays an Ira terrorist in the movie, really had her acting skills on high alert when she filmed the scene with a hidden crew during a rush hour.

Marsh tells Wenn, "With a low budget film you can't afford to do many of the things the script is asking you to do, so I had to figure out a low-key way of trying to plant a bomb in the Underground.

"We owned nothing on that part of the production. We didn't own the subway cars, we didn't own the platform. What we were allowed to do is take a very small crew, which was a sound recorder, a cameraman, myself, Andrea and three or four extras in vaguely period costume, down there with a minder from London Underground. We couldn't control people getting on and off the trains.

"We had to plan out when the trains arrived, how long they were in the station, when the doors opened... It's the first day of shooting and it was the first time Andrea was gonna be Collette (her character). We got away with it and I wouldn't want to do it again.

"People were staring at us and asking Andrea, 'What are you doing?' And Andrea, of course, was keeping a steady face, which was a brilliant piece of acting to screen all this out because she's got a bomb in her bag at this point... and we have to access that something is off here. And even though people are looking at her and asking her what was going on, she was in the moment and ignored it. It was really quite remarkable."