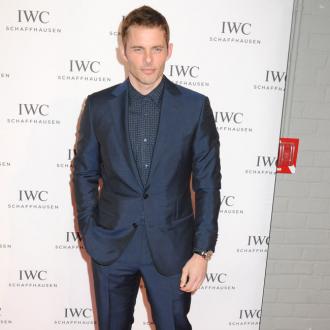 James Marsden will present a prize at the 2014 CFDA Fashion Awards.

The 'Enchanted' actor and 'The Americans' star Keri Russell have been added to the roster of A-list presenters at the prestigious ceremony in New York City on June 2, with James doing the honours in the Menswear Designer of the Year category and Keri giving away the award for Accessories Designer of the Year.

Last month, Lupita Nyong'o was chosen to announce the Womenswear Designer of the Year winner at the Alice Tully Hall based event.

Meanwhile, a short film about the Swarovski Award nominees directed by Clara Cullen and produced by

Image Partnership is set to debut on Nowness.com next Monday (02.05.14), according to WWD.

The Council of Fashion Designers of America awards honouring the best in the business will be live streamed the next day at cfda.com.

Rihanna is going to be presented with the Fashion Icon Award on the night in praise of her risqué outfits and constantly evolving style, following in the footsteps of Lady Gaga, Iman, Kate Moss, Johnny Depp and Nicole Kidman.

Steven Kolb, CEO of the CFDA said: ''We are proud to present Rihanna with the CFDA Fashion Icon Award for her impact on the industry as fashion's most exciting ambassador in recent memory.''