James Marsden joins Kristen Wiig in Welcome to Me

James Marsden and Joan Cusack have signed up to star alongside Kristen Wiig in new dramatic comedy, 'Welcome to Me'. 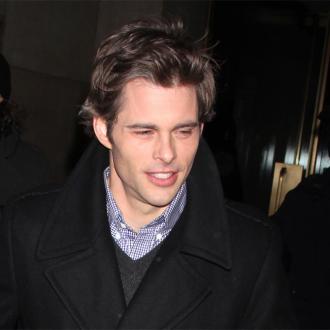 James Marsden will star alongside Kristen Wiig in 'Welcome to Me'.

The 'X-Men' hunk and 'Shameless' actress Joan Cusack have signed up for the dramatic comedy in which Wiig will play a woman with dissociative personality disorder who wins the lottery.

According to The Hollywood Reporter, the duo will be joined by actors Wes Bentley and Alan Tudyk as the latest additions to the cast, which also includes 'Mad Men' actress Linda Cardellini and Tim Robbins.

The film will explore society's obsession with fame and fortune, with Wiig's character launching a cable talk show about herself using her lottery winnings.

'Welcome to Me' went into production this week with Shira Piven as director, while its producers include Wiig's 'Anchorman 2' co-star Will Ferrell.

The 'Bridesmaids' star recently revealed she turned down the chance to star in a sequel to the hit comedy - which she also wrote - insisting that she isn't driven by money.

She said: ''It wasn't a hard decision. We knew during the first one, this was it. We would have made a lot of money if there was a second one, but that's not my goal in my creative life.''