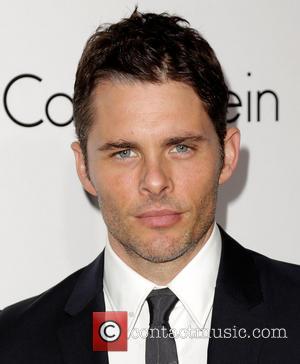 Actor James Marsden is baffled by longstanding rumours suggesting he is the mystery father of January Jones' baby, dismissing the speculation as "stupid talk".

The blonde beauty has kept her son Xander's paternity a secret since falling pregnant in 2011, but reports linking the two X-Men alumni have continued to circulate, much to Marsden's annoyance.

In a new interview with Playboy magazine, he says, "There's so much stupid talk out there. I think that came from somebody thinking we were both in X-Men, so it must be true."

However, Marsden admits the two stars have learned to laugh about the false baby claims: "Every time I see January, she's like, 'Hey, father of my baby.'"

Jones starred as mutant Emma Frost in 2011's movie prequel X-Men: First Class, while Marsden featured as Scott Summers and his alter ego Cyclops in the original X-Men film, which was released in 2000, and its two sequels, X2 and X-Men: The Last Stand.

The actor is already a father of three - he has two children with his estranged wife Lisa Linde, while he welcomed a boy named William Luca last December (12) following a brief fling with Brazilian model Rose Costa.