'Guardians of the Galaxy' actor Sean Gunn has defended his filmmaker brother James Gunn following his firing from Disney.

Following 'Guardians of the Galaxy' actor Dave Bautista's stepping out to defend James Gunn on social media, following the director being fired by Disney from the 'Guardians' franchise effective immediately, has come another more detailed response from Gunn's brother Sean Gunn - also an actor on 'Guardians'.

Sean Gunn has addressed his brother's firing from Disney on Twitter

Obviously speaking out in defence of his sibling, Sean put into a series of tweets exactly how he has seen his brother change throughout the years, and especially so since working on the Marvel Cinematic Universe films that have changed both their lives forever.

Taking to his Twitter account, Sean wrote: "I hope it goes without saying that I love and support my brother James. And I'm quite proud of how kind, generous, and compassionate he is with the people in his life, whether they are friends, family, colleagues, fans, or strangers. Since he was a kid, it was clear he had a desire (maybe destiny) to be an artist, tell stories, find his voice through comics, films, his band. The struggle to find that voice was sometimes clunky, misguided, or downright stupid, and sometimes wonderful, moving and hilarious.

"Since devoting his entire life to the Guardians movies and MCU six years ago, I've seen him channel that voice into his work on those movies and seen him transform from the guy who made up things to shock people. I saw firsthand as he went from worrying about "softening his edge" for a larger audience to realizing that his "edge" wasn't as useful of a tool as he thought it was. That his gift for storytelling was something better.

"I saw that he was more open-hearted than the guy who needed to get a rise out of people by making nasty or offensive jokes (or whatever you choose to call them--I don't think his bluer material was ever his funniest and neither does Mom)."

He added that his brother James had already "explained many times in interviews" how he had changed, and how his controversial past has "always been part of the story."

Sean concluded by saying he hopes fans "continue to watch and appreciate the Guardians movies, not despite the fact that the filmmaker used to be kind of a jackass, but because of it... Working on those movies made my brother a better person, and they made me one too. I'm proud of that."

Exactly where the 'Guardians' series goes from here remains to be seen. Disney may have shot themselves in the foot by taking such a public and firm approach to Gunn following the re-emergence of vile and disgusting tweets from many years ago. There would be plenty of people saying they should have done more if they didn't fire Gunn, however.

Whatever the case may be, the controversy surrounding this one shows no signs of slowing down, but hopefully it's something the 'Guardians' franchise can recover from.

We'll bring you more Marvel and Disney news as and when we get it. 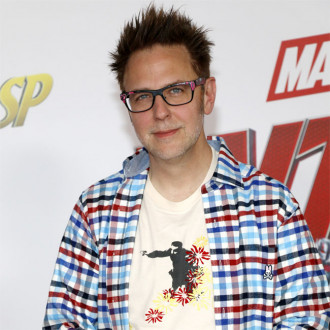