Take a look at the new poster below. 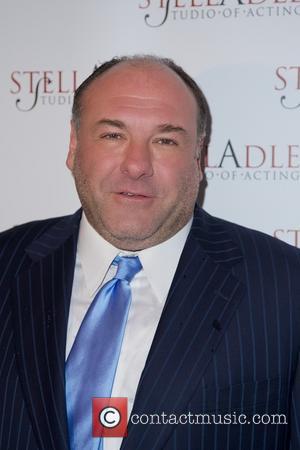 The official poster for James Gandolfini’s last film, Enough Said, has been released. It sees Gandolfini alongside his co-star in the movie, Julia Louis-Dreyfus, and takes on a poignant new light in the wake of the Sopranos star’s recent death.

Consistantly reffered to as generious, loving and caring, Gandolfini in a grey t-shirt, smiling, with a world-class beard makes this writer stutter somewhat. It’s difficult and amazing in equal measure to see the great man excelling at the thing he always did best.

Gandolfini suddenly died from a heart attack in June while on holiday in Rome with his 13-year-old son. Louis-Dreyfus has opened up on what it was like to work with the late star. "I think people will just really freak out seeing his performance," the actress told BBC News.

Gandolfini's character is a "very kind-hearted, earnest, dear man", who is "really not far from who he really was,” she adds. "He plays no thug in this picture," she continued. "He is so not Tony Soprano. And Jim was very much more like this character. And, according to the actress, who made her name as Elaine in Seinfeld, acting opposite Gandolfini was a "dreamy experience"

"He was straightforward, open, very giving and generous as an actor."

Enough Said – written and directed by Nicole Holofcener and also starring Toni Collette, Catherine Keener and Ben Falcone – is set for release on September 20th on a limited run.