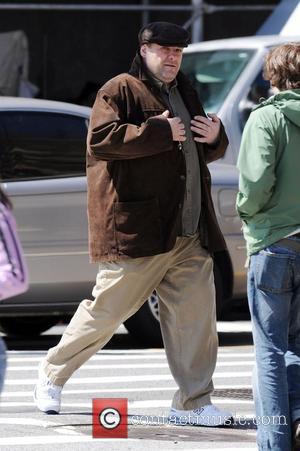 Picture: James Gandolfini on the film set of 'The Taking of Pelham 123' in which Gandolfini will play the mayor of New York City. New York...

James Gandolfini graces the front cover of the latest Vanity Fair magazine in the guise of his most famous character, TV mob boss Tony Soprano. To mark the impending airing of the final half of the last ever series of The Sopranos, the overweight New Jersey mafia boss was captured by iconic photographer Annie Leibovitz. He poses, with Soprano's trademark scowl and cigar, and a scantily-clad Drea de Matteo on his lap. De Matteo played ADRIANA LA CERVA, the girlfriend of Soprano's nephew Christopher Moltisanti. La Cerva was murdered by the mob in series five when they discovered she was an FBI informant.