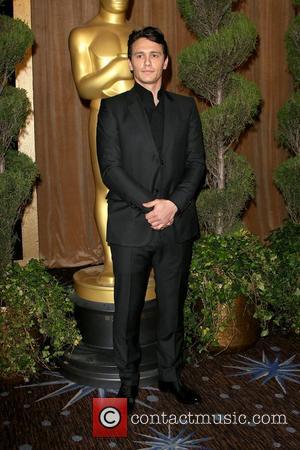 The heroic amputee who James Franco portrayed in 127 HOURS is to take part in U.S. TV game show MINUTE TO WIN IT for charity cash.
Adventurer Aron Ralston, who was forced to hack off his arm after he became trapped by a boulder during a hiking accident in Utah, tackled a series of challenges during a recent taping of the show.
His Minute To Win It heroics will air on Wednesday (23Feb11).
Franco's portrayal of Ralston earned him a Best Actor Oscar nomination. Franco will discover whether or not he's a winner at the Academy Awards next Sunday (27Feb11).