When James Franco’s name appeared on Lindsay Lohan’s leaked ‘sex list’ one of the great sexual mysteries of our time began. Did James Franco actually sleep with Lindsay Lohan? We asked....if he didn't, why would she say he did? Then there was the more important question of, why are we even discussing this? Well apparently there’s still more to be discussed on this one as in the latest development, Franco has penned a fictional story about not sleeping with a girl named Lindsay Lohan, a story similar to the one he told Howard Stern (about not sleeping with a girl named Lindsay Lohan). Confusing? A little, yes, but just wait till you read said story, prepare for any love you had left for Franco to slowly evaporate. James Franco: did not sleep with the real or fictional Lindsay Lohan, apparently

The story, entitled Bungalow 89, has been published in Vice’s fiction issue, so you can kind of guess what we might be in for. James Franco plus Vice sounds like it could be a recipe for try hard artsy junk. But when you add in a few spoonfuls of J.D. Salinger, you’ve got a yourself feast so rich in pretentiousness you’ll need a sick bag to make it through the first few paragraphs.

To summarise, our narrator was once staying in Bungalow 89 of the Chateau Marmont, a place which he fondly remembers because its where he first met director Gus Van Sant. There are some references to a gay sex scene that was going to but didn't appear in Kurt Cobain biopic Last Days and some other references to Leonardo DiCaprio having a ‘pussy posse’.

More: Lindsay Lohan and James Franco: Did They or Didn't They?

While staying at the hotel, a ‘Hollywood girl’ gets the keys to his room and attempts to break in, unsuccessfully however, because James had “slid the dead bolt and that thing—I don’t know what you call it; it’s like a chain but made of two bars—that kept the door from opening.” Clever. But because she couldn't get in our Hollywood girl calls James a “bookworm punk blogger faggot.”

The girl’s next tactic is to call James’s phone until he answers, when he does, her name is finally revealed to the reader, she is ‘Lindsay Lohan’. James offers to read her a story, Salinger of course because as he so correctly points out “most young women” enjoy a bit of J.D. It’s also worth noting there is a Gucci billboard of Franco currently hanging in Sunset Boulevard and James seems more transfixed on this than poor Lindsay.

More: James Franco: Are His Recent Antics For Real, Or Are We Being Taken For A Ride?

James then makes it crystal clear that he did not sleep with Lindsay that night, “Now we were lying in bed,” he writes. “I wasn’t going to f—k her.” Lindsay then delivers a rambling monologue about another time he didn't sleep with her before passing out causing James to ponder her fate. “I ran my fingers through her hair and thought about this girl sleeping on my chest, our fictional Hollywood girl, Lindsay. What will she do? I hope she gets better,” he writes. 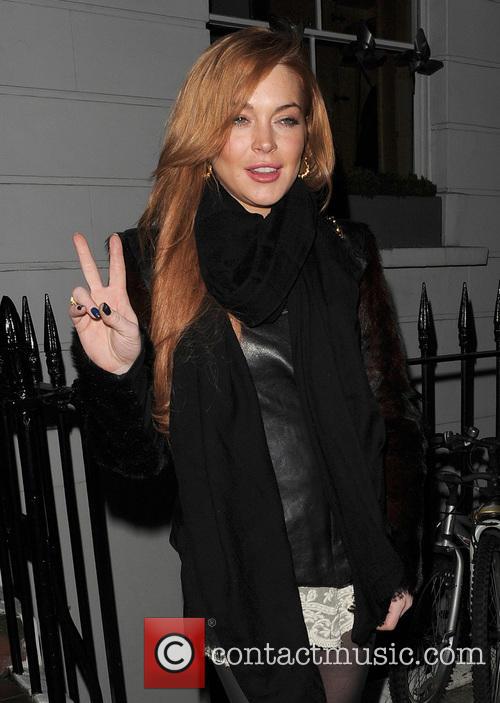 The story ends as James dreams about vampires and discusses fame and how we all wear masks and that “Life is a performance”, while a demon comes down to represent celebrity and fame. It’s all very tragically Franco. He ends by writing, “Every night Lindsay looked for me, and I hid. Out the window was Hollywood.”

So is this just real life dressed up as fiction? After all it does bear a very real resemblance to the story Franco told Howard Stern a few months ago. Then again, that could have been fiction also, just like Franco purports Lindsay’s list to be. Who knows who’s telling the truth, maybe everybody’s lying, maybe its all one big elaborate rouse created by both of them so they can take charge of their public image and create their own myths around their personas. Oh dear, it's time to back away from this one, we're beginning to sound like we've read too much Franco.