James Franco has hinted he had a bitter rivalry with the late Heath Ledger in a new poem about 'The Dark Knight' star, who died in 2008. 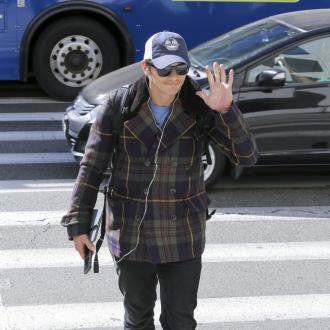 James Franco has hinted he had a bitter rivalry with the late Heath Ledger.

The 'Of Mice and Men' star has published a bizarre ode to the Australian actor, who died of an accidental overdose in New York City in 2008, in his debut poetry collection, 'Directing Herbert White.'

The poem is one of several that allude to the 'The Dark Knight' star in the new collection, which also includes a piece written about Lindsay Lohan.

The 36-year-old actor, who also recently penned a fictional short story whose central character seems to be troubled Hollywood starlet, is clearly very inspired by the 'Mean Girls' actress despite branding her ''delusional.''

The '127 Hours' actor was furious after his named appeared on actress' leaked list of celebrity sexual conquests and insisted they never slept together.

He previously said: ''I will swear on anything that you ask that I have never had sex with Lindsay Lohan! Here's the problem: I bet you if we brought her in here and you asked her to her face 'Did you have sexy with James?' she'd say yes.

''I can't believe she put me on that private list. She's so delusional!''