James Franco has shelved plans to direct 'Blood Meridian' and will work on 'Child of God' instead. 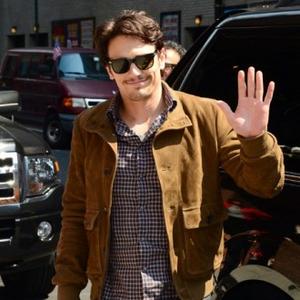 James Franco is to direct 'Child of God'.

The '127' hours star is to start work on an adaptation of Cormac McCarthy's story after his original plans to helm a film version of the author's later work 'Blood Meridian' ground to a halt.

'Child of God' follows a recently-released convict who lives outside of normal society in a Cave In the hills of East Tennessee and engages in necrophilia and other acts of "crime and degradation".

It is unclear why 'Blood Meridian' - which was due to star Scott Glenn and Luke Perry - has been shelved or whether James plans to work with the film's producer Scott Rudin on 'Child of God'.

Speaking about 'Blood Meridian', James said: "We shot a 20 minute test of it that turned out pretty well . we were gearing up to do the feature but that for various reasons it's on hold, but we are going to make a movie based on his [Cormac McCarthy's] third book 'Child Of God'."

He is also promoting his installation/documentary piece 'Memories of Idaho', which he collaborated on with Gus Van Sant.