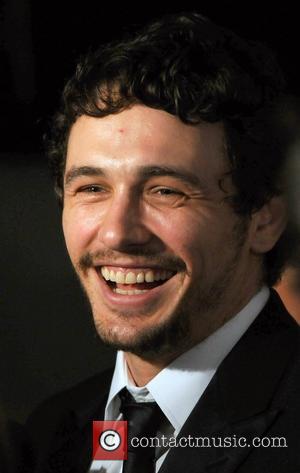 Movie star James Franco is making an arthouse film tribute to the late actor who beat him to a lead role in 2002 movie Deuces Wild.
The 127 Hours star will debut his movie Rebel - about Brad Renfro - at the upcoming Venice Biennale art festival in Italy, and he hopes the project will remind film fans of how great the tragic star was.
Franco, who carved the name 'Brad' into his shoulder, tells Playboy magazine, "Heath Ledger died a week after Brad, and I feel Brad has been forgotten already. They didn't even mention his death at the Oscars that year."
And Franco admits he had hoped that Twilight star Robert Pattinson would agree to be a part of the arty tribute piece.
He adds, "Some of the best contemporary artists alive - Paul MCCarthy, Douglas Gordon, Ed Ruscha, Harmony Korine - worked on different sections.
"I wanted Robert Pattinson to be in the project, but when Harmony contacted him and told him the concept, Rob said, 'I don't get the point!'"
Renfro died from an accidental heroin overdose in January, 2008.