Actor was honoured with the "Glory to the Filmmaker" visionary award at the film festival where he premiered his latest film, The Sound and the Fury.

James Franco caused a few people to do a double take on Friday when he showed off his new look at the Venice Film Festival. With his hair shaved off and sporting a tattoo of Elizabeth Taylor and Montgomery Clift on the back of his head, the actor certainly grabbed attention when he arrived for the premiere of new movie The Sound and the Fury. But Franco’s new look isn't a fashion statement , (thankfully) instead it's for his latest role in the movie Zeroville, where he'll play a man obsessed with movies. 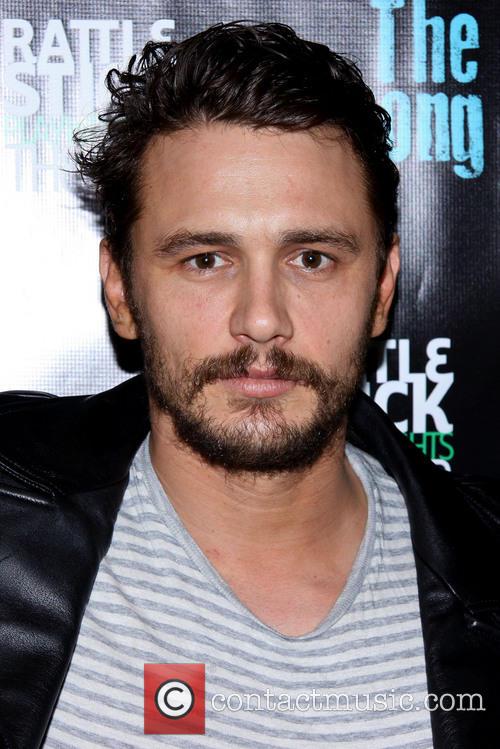 James Franco, as he usually looks

Along with premiering The Sound and The Fury, the annual film festival was also honouring the star with the "Glory to the Filmmaker" visionary award. But as the audience prepared for Franco to take the stage they were informed they would first be witnessing the actor shoot a scene for his new movie.

As '1977 Venice Film Festival' flashed on the screen, festival director Alberto Barbera appeared on stage and said in Italian that he was awarding a special jury prize to celebrate an incredible contribution to the art of editing to Mr. Isaac Gerome.

A shaven headed Franco, complete with moustache and Elizabeth Taylor and Montgomery Clift tattoo, then appeared in a 70's style suit to accept the fictitious award. The scene was shot twice after which the actor said he hoped to premiere the finished film at the festival next year.

More: Venice: Kudos to Franco, but 'The Sound and the Fury' Doesn't WorK

When presenting the real award to the actor, Alberto Barbera said, "What we mostly admire in James Franco is that even if he could just be fully satisfied with his huge success in the USA, nevertheless he exposes himself to further challenges."  Adding, "James Franco is omnivorous. It is a total performance, based on his curiosity and cleverness."

But it’s not all been good news for Franco in Venice, as The Sound and the Fury has so far failed to impress the critics. Based on William Faulkner’s novel, the text was previously deemed unfilmmable by many and they may have been right. Critics haven't exactly found James's attempt at bringing the book to life to be the artistic triumph the star would have hoped for.

Still, Franco will be kept very busy for the foreseeable future, as the actor currently has no less than 12 acting projects in development as well as four directorial efforts.