The 36 year-old actor is adding a new profession to his resume, this coming summer Franco will direct a stage production at New York's Rattlestick Playwrights Theater for its 20th anniversary. 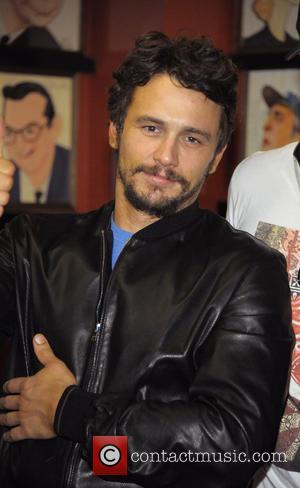 It may seem like James Franco is attempting to become an expert in all aspect of the arts of entertainment.

The 36 year-old actor will make his stage production directorial debut at New York's Rattlestick Playwrights Theater for its 20th anniversary his coming summer.

The play Franco has chosen to take the helm of is Robert Boswell's 'The Long Shrift,' a story about a convicted rapist, who is released from jail after being accused of sexually assaulting a teenage girl, the New York Times reports.

Haze will be reuniting with the Academy-Award nominated actor as he starred in Franco's 2013 film 'As I Lay Dying', based on William Faulkner's 1930 novel.

'The Long Shrift' will run at the New York City theatre, which is based in the West Village, from July 7th to August 23rd.

It is astonishing that Franco has found the time to take on such a task as he is currently starring in another stage production, Broadway's 'Of Mice And Men,' alongside Chris O'Dowd, which has received mainly positive reviews.

The 'This Is The End' actor has also just opened up a brand new drama school in Los Angeles that mainly teaches students acting techniques that New York theatremaker Sanford Meisner developed.

Furthermore, a documentary is nearly completed in which Franco is the subject, a film crew followed the Hollywood star around for a full year to capture his acting and personal experiences.

MORE: ‘Kim Jong-Un Can Speak To Dolphins’ And 10 Other Things We Learnt From ‘The Interview’ Trailer

The forthcoming doc, appropriately titled 'Franco: A Documentary,' will also feature Franco interacting with family and friends, including his longtime collaborator Seth Rogen and Klaus Biesenbach, the curator of New York's Museum of Modern Art.

A release date has not yet been issued. Franco and O'Dowd starring in Broadway's 'Of Mice and Men'